The Ripple Effect of A Data Breach

The after effects of a data breach can reach far and wide. Lesser seen impact can include the cost of remediation, revenue loss, reputational harm, national security, even human life. The ripple effect of indirect costs—monetary and otherwise—can end up impacting a company’s bottom line for years.

Accounting for the Resolution Process 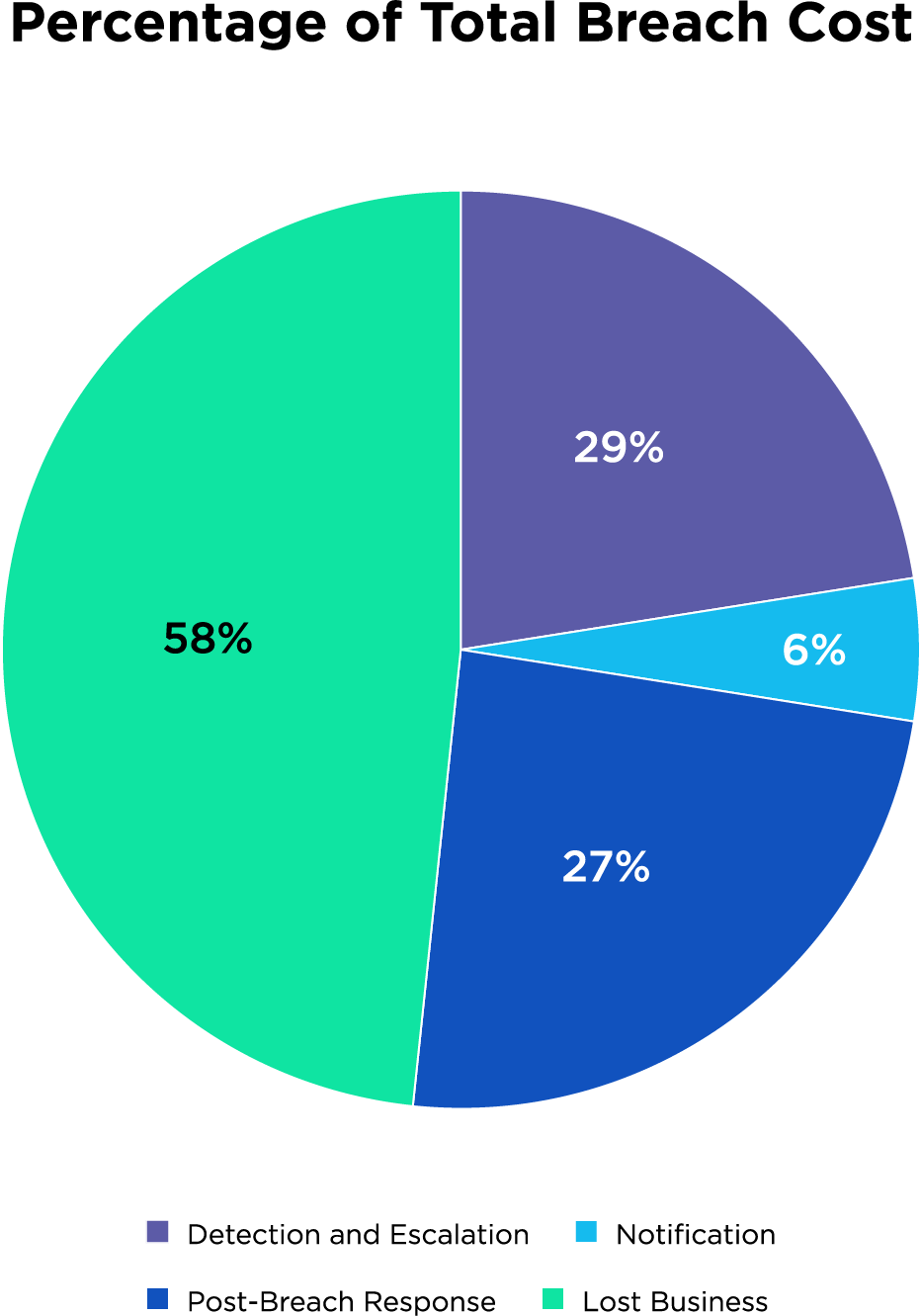 These four cost centers represent distinct areas with measurable dollar amounts tied to them, costs that reveal layer after layer as teams work to control and resolve a data breach. But beyond the dollar amounts, companies must also consider the cost of time as they work to return to “normal.”

Naturally, the longer a breach goes on, the more impact it has on the business. According to one McAfee survey of 500 senior IT decision makers, they believed it took an average of only 10 hours to detect a data breach. Studies and anecdotal evidence suggest otherwise. The Verizon Data Breach Investigation Report found that 66 percent of breaches weren’t found for months or even years.

According to IBM, it takes on average 287 days to identify and contain a data breach, the breakdown of which averages 212 days to identify and 75 days to contain the breach. This means that if a breach occurred on January 1, it would not be fully contained until October 14. The post-COVID shift to more remote and hybrid work only exacerbates this issue: Organizations that have a workforce made of more than 50% remote employees averaged a full 306 days to contain the breach—235 days to identify, and 81 to contain. If their breach began on January 1, it would span all the way through November 12 before being fully contained.

Reducing Risk and Cost with PKWARE

The impact of a data breach is felt far beyond just the theft of or inability to access sensitive and private data. The ability of a business to do what a business does—produce and sell their products and services under a trusted brand—also hangs in the balance, and each ripple felt after a data breach comes with a price tag.

Find out how you can reduce the cost of a data breach at your organization with preemptive data discovery and remediation from PKWARE. This free demo shows you how.

Want to learn more? Check out our accompanying infographic, The Ripple Effect of A Data Breach.